In memory of Korra

Where to start? Impossible to put a person into words - too many subtleties, too many stories…. too many memories will come to mind after the text is finished and submitted, edited and published; memories better demonstrating, capturing, honouring, and acutely describing our friend.

Korra was the real deal. Hard Korra. His passion for alpinism was unique; elite. His climbing resumé will be more easily defined by the handful of routes he didn’t achieve. Some of his climbing will never be known, as he quietly soloed when partners weren’t available and conditions were too good. Climbing, climbing, climbing. It defined and dominated his life- from the flat lands of Novara, to Chamonix, to the Himalaya, to Patagonia… Technical alpinism demands total concentration,  experience, and commitment. It is also a refreshingly clear truth compared to the artificial trappings of valley life. Korra thrived in the mountains.

He was committed to the totality of alpinism. The routes he climbed are only eclipsed by countless adventures studied, planned, and spinning furiously in his head. He knew the history. He knew the alpinist. He knew the stories behind the story of the ascension. Korra could be found researching in the ENSA library - his nose glued to the pages of an American Alpine Journal, a climbing magazine, or a coffee table book of Himalayan summits. He had an endless to do list- the realisation of one dream was simply a step toward the completion of a long standing mission. Like many alpinists this vision included climbing new routes, and tragically ended while descending after completing a first ascent on the North face of the Cerro Torre, in Patagonia. 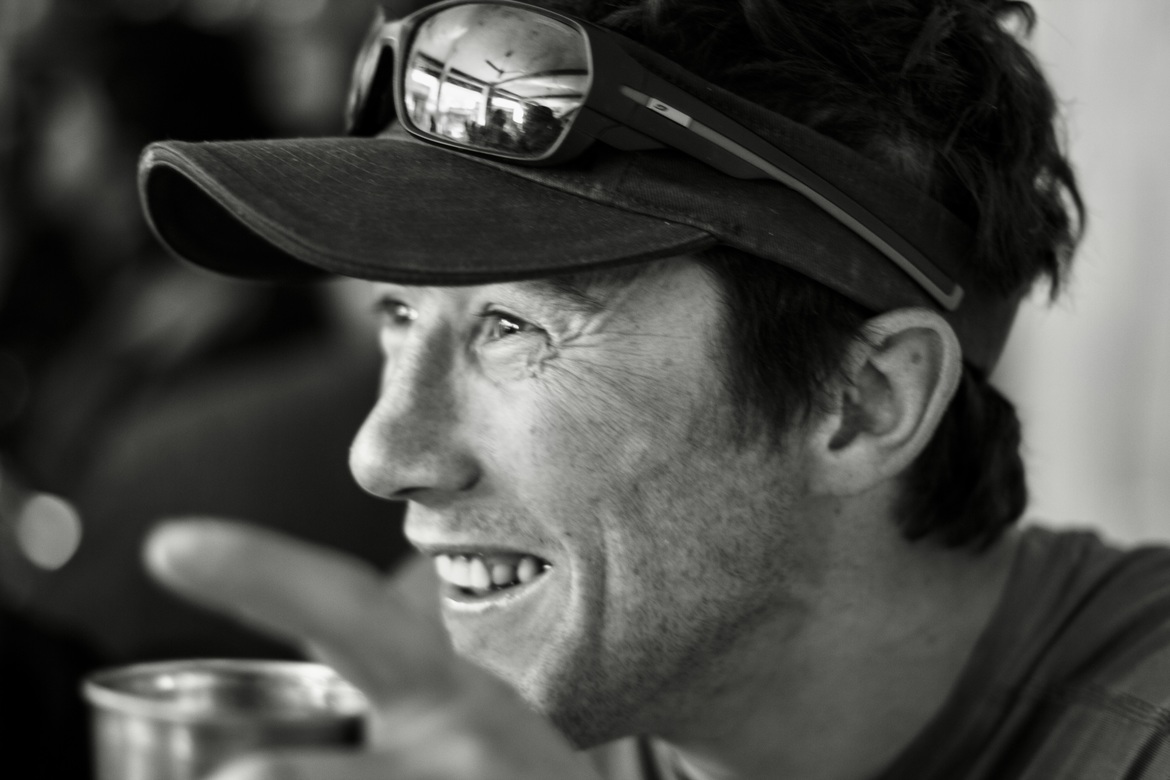 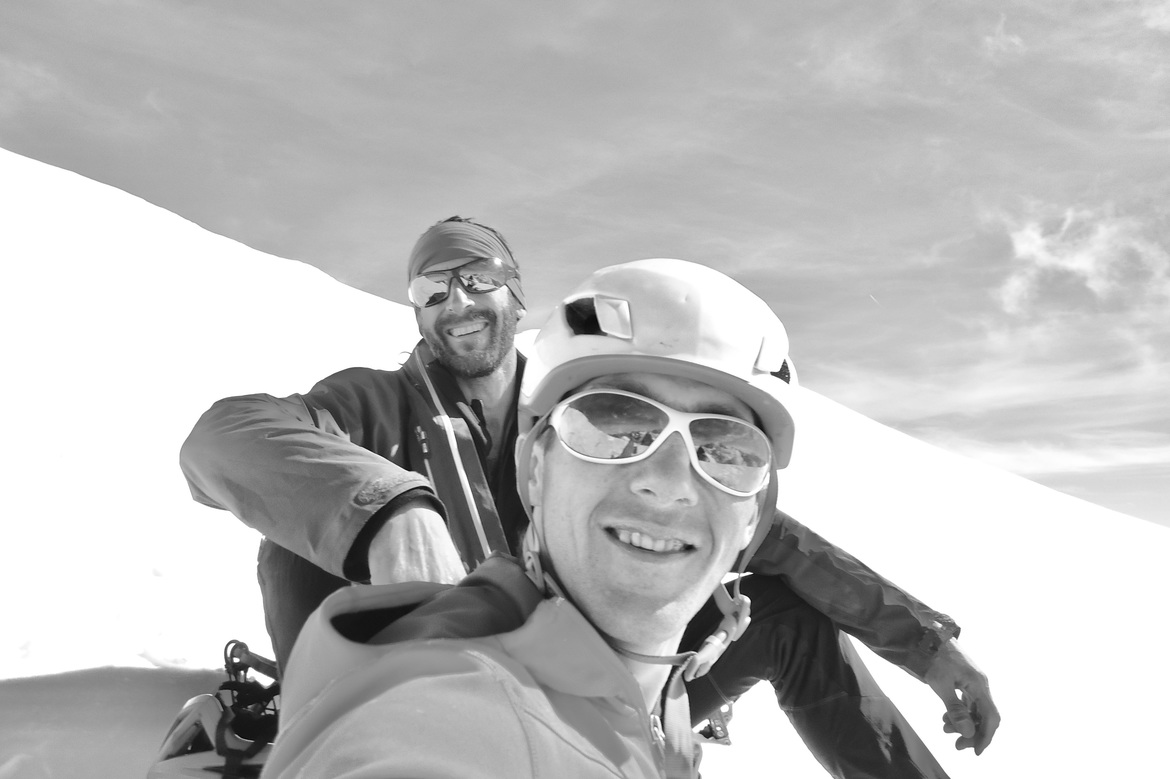 Korra’s passion passed through the doors of Chamex. We consider ourselves very fortunate to have had him on our team. His contribution was selfless and he was dedicated to our guide family. Last minute bookings, replacing a sick or injured guide, guide meetings, contributions to our website, information about conditions, daily guide work- despite his stature as one of Chamonix’s elite alpinists he maintained a connection to simpler, more basic alpinism. His passion extended to Chamex clients- and a day on the Cosmiques ridge or on the Mt. Blanc was’t too ordinary. The perfect fit for our team.

Korra never sought the recognition that accompanies accomplishment. He spoke very little about where he may be off to, less about where he’d been, and preferred a discreet nod from another alpinist over any contrived accolade. He would cite the essential contributions of his partners rather than mention his own. The media, sponsors, and climbing community found him- not vice versa. The real deal.

Alpinism is a great resource, but infinitely more difficultly recognised as such when it levels exhilaration against the saddest truths. When a friend is lost, people describe the void the friend left behind; an absence. Embracing the contribution the person gave to our lives, and the void that would exist if we’d never known them, is a positive spin- but more difficult to abide. Knowing Korra was a privilege, and his excitement for all things in high altitude should fuel our own excitement. His total commitment to mountaineering has to be a beacon for our own practice, and the best way to remember him. Climb, climb, climb! 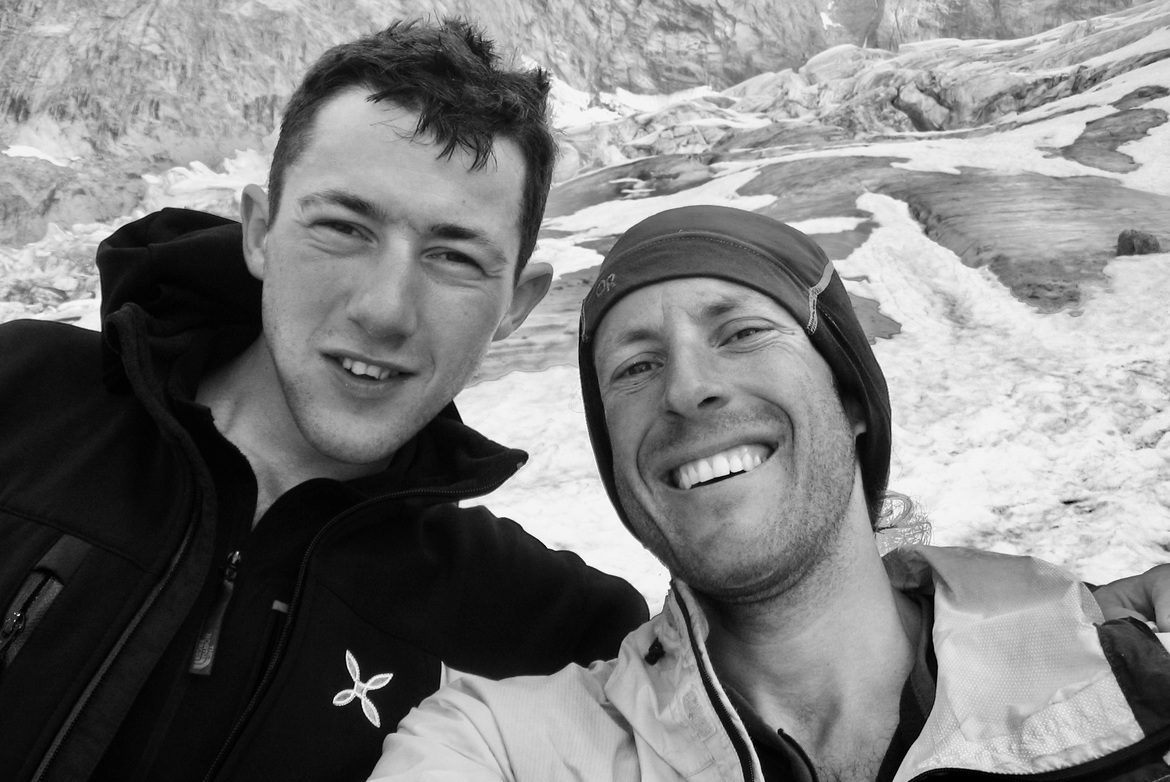 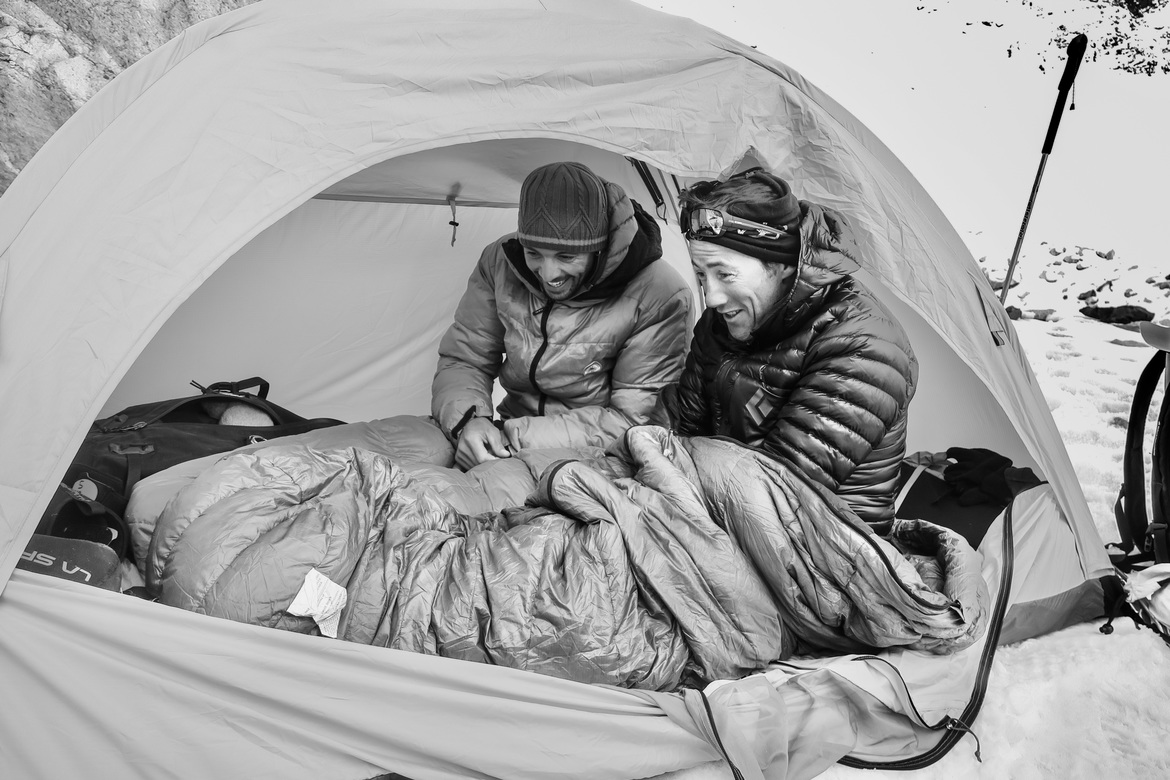 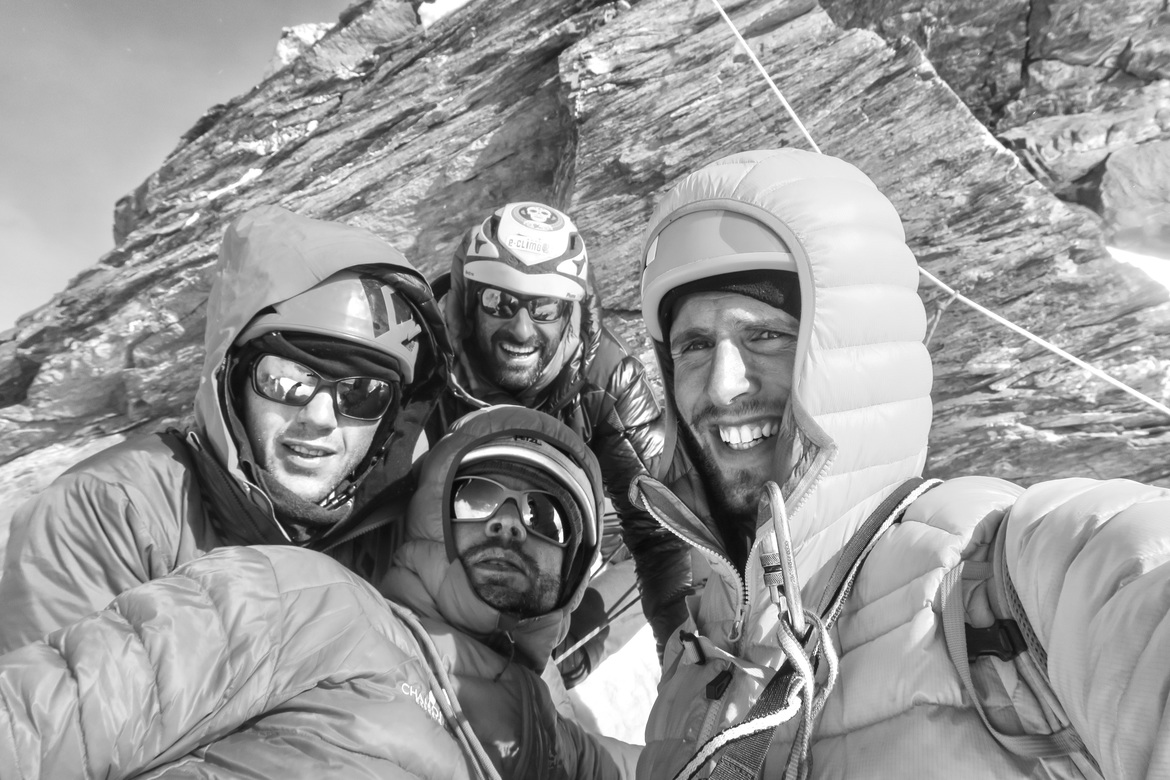 The man of limited words

I've spent some time with his family, and I've learned a lot about Corrado.

There were things that bothered me about him, but I understand him better now, thanks to information provided by his parents. I was particularly intrigued and disturbed by a specific trai.- why was Corrado so frugal with his words? It was his father who told me a story, over a vodka martini in his home town of Casalino.

“Listen Martin,” he said to me. "Corrado was born on 9th of June, the day of Saint Maximilian. This blessed man took a vow of silence in 1658, when he was taken by the enemies of Christianity. Corrado was born with a maximum of 3,128 million words, granted to him by Saint Maximilian, to communicate with the rest of the world.” Coincidentally, the number of words allocated coincides with the height of Cerro Torre. Because of this, some thought he was autistic - but they did not know this story…

So Corrado didn't waste a single word. Each sentence was carefully studied and phrased to make each locution as effective as possible, whether for an opinion on mountain conditions or to make us laugh. I think he had an even more Spartan use for sentimental words. Curiously, he decided to be nice to me - always in his own way of course - but he often stopped by for a coffee when he left Leia in Vallorcine, and we drank maté and talked about plans in Pakistan. And I noticed one thing - when he met Lucie, suddenly he started talking to me about intimate and more personal things. Thank you Lucie, for softening his heart. He closed himself back in his world after these brief exchanges, and we soon returned to a system of communication established by Saint Maximilian. 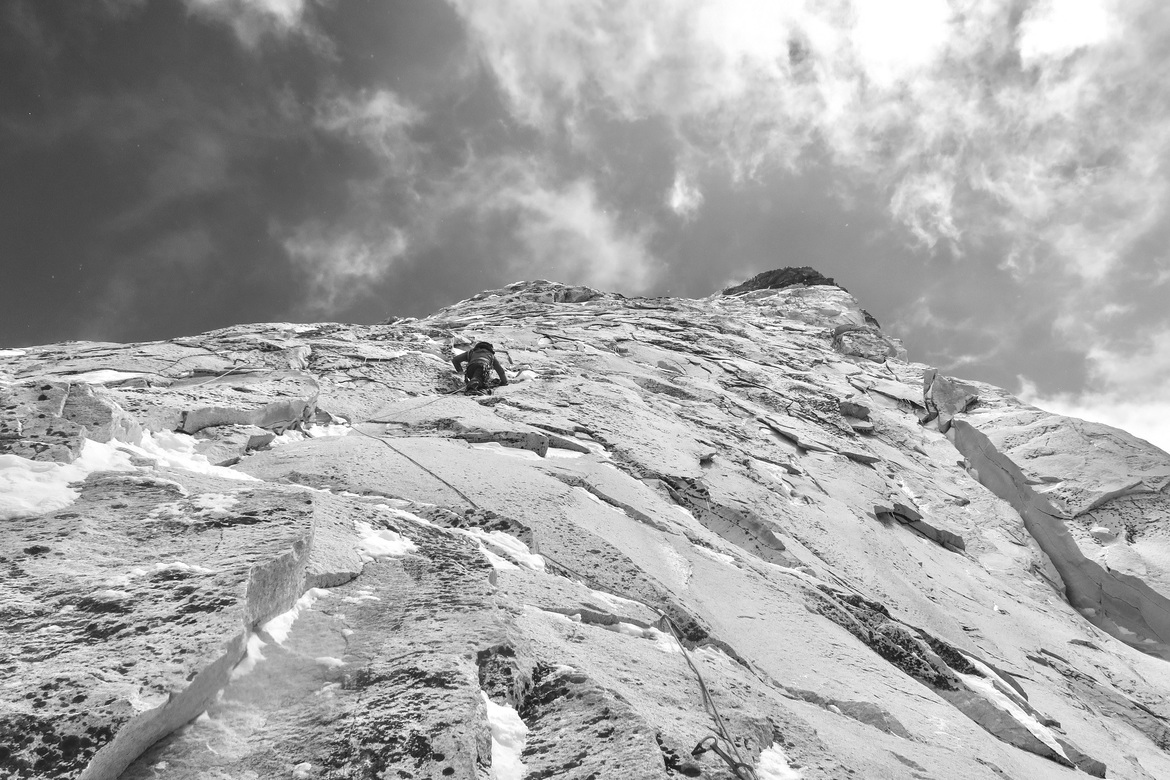 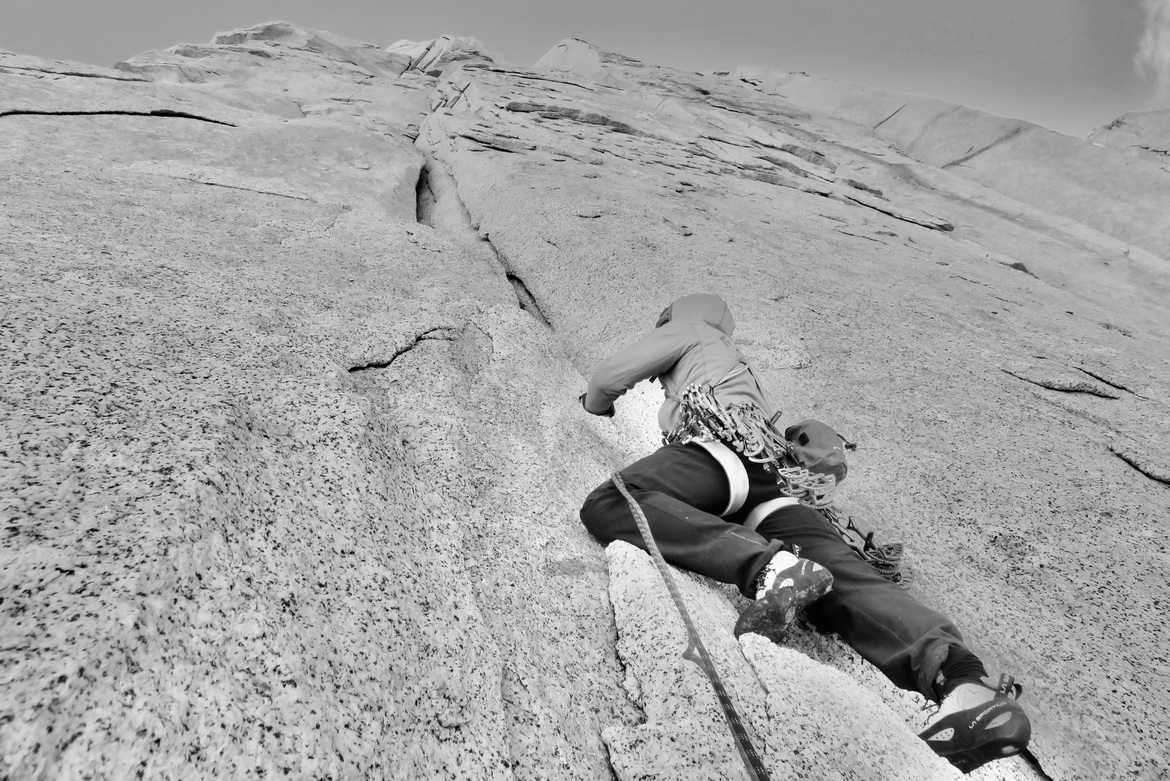 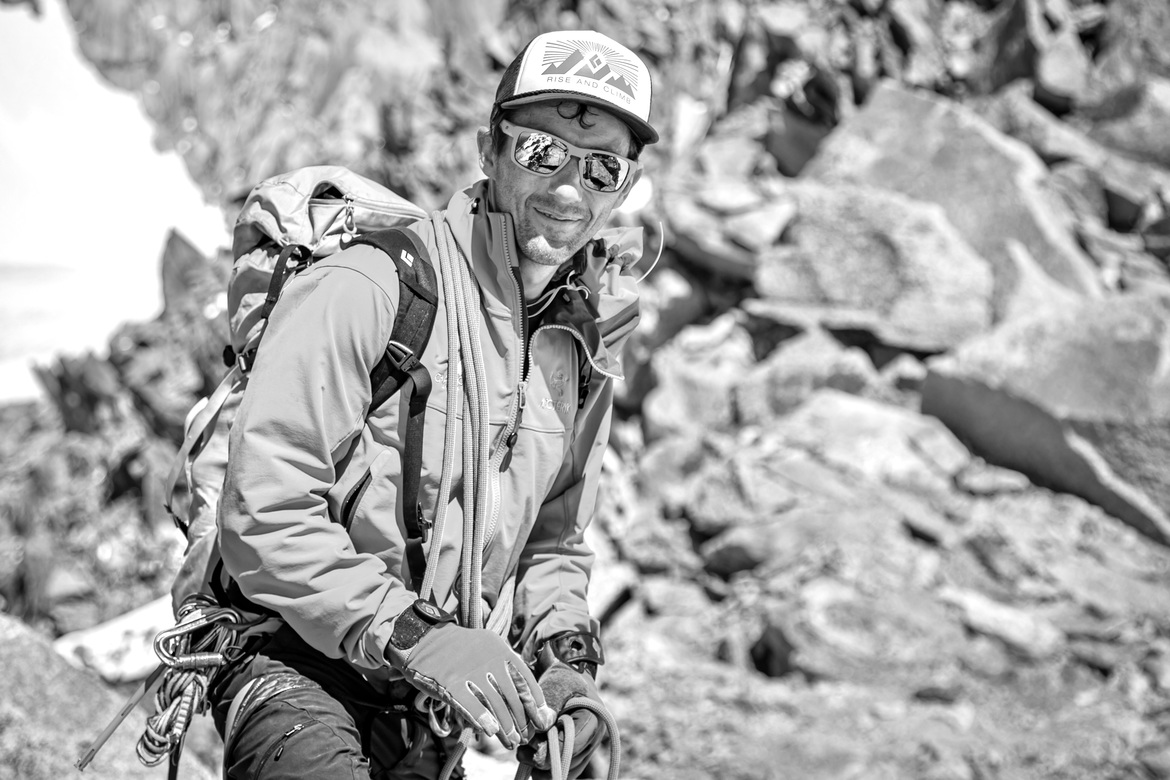 One day I had to call him after a week of working together. "Korra, you can't be nicer to customers than you are to me!" Corrado, at work, was unparalleled in his precision when it came to giving meaningful advice. At one point he tired me when he did an endless debriefing, but as always he had good, clear ideas. Korra knew he didn't need to talk to me. We could go back and forth to Kandersteg and exchange a few sentences in an entire day, and everyone knows I like talking nonsense, but he doesn’t, and I respected his way of being.

But there weren't always limits when it came to expressing yourself in Korra's world. He had a joker - a word that he could use without limit, and this word is one that we all know and twe have all heard coming from of his mouth. It is the word CHOTO.

Choto, in Argentinian spanish, means something half-cooked, something fake, something mediocre. “ESTE ES UN CHOTO,” he said when we saw the nonsensical, thoughtless boasting famous mountaineers post on social media, without thought, and with even less sporting prowess. We've all been chotos for Korra at some point - and I'm sure, friends, that, like me, you will be careful in what you say and in what you do. Korra will always be there for us, and a mountain wind may whisper in your ear, “VOS SOS UN CHOTO.”

His austere character is understandable to me now - born on the 9th of June, destined to be cursed by St. Maximilian.

Corrado, wherever you are, I hope you have a good wifi signal.

You will always be with us. 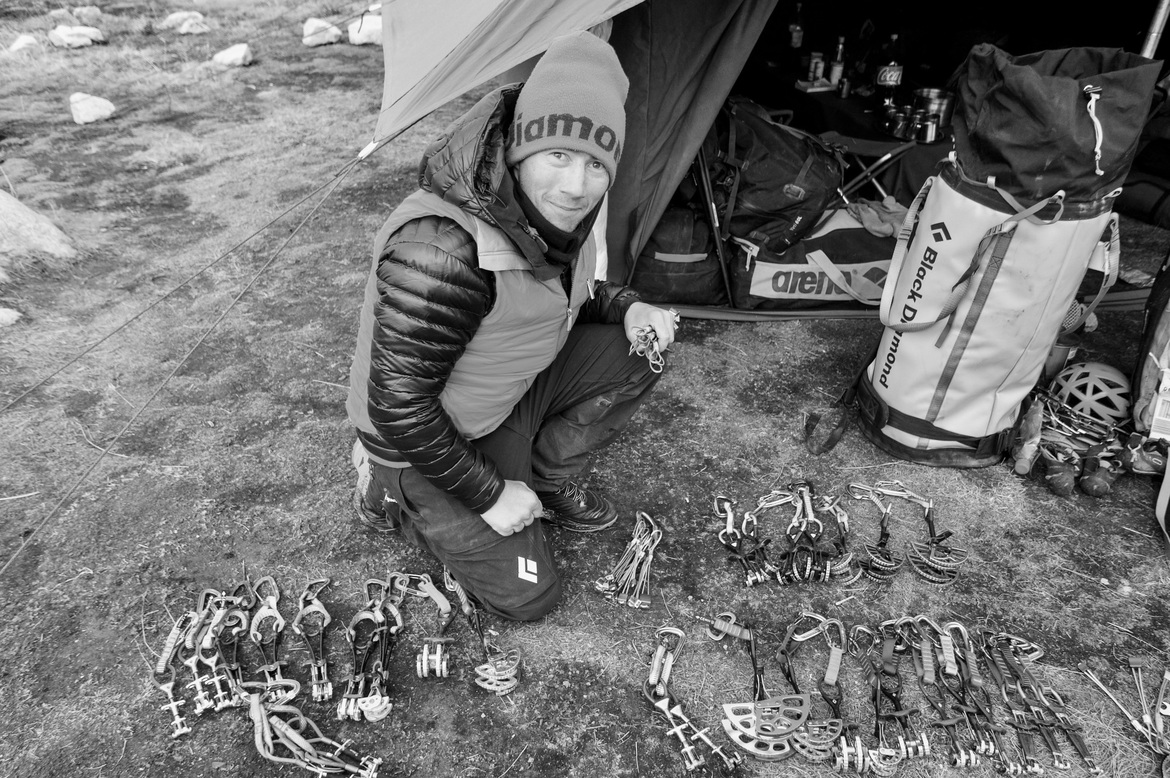 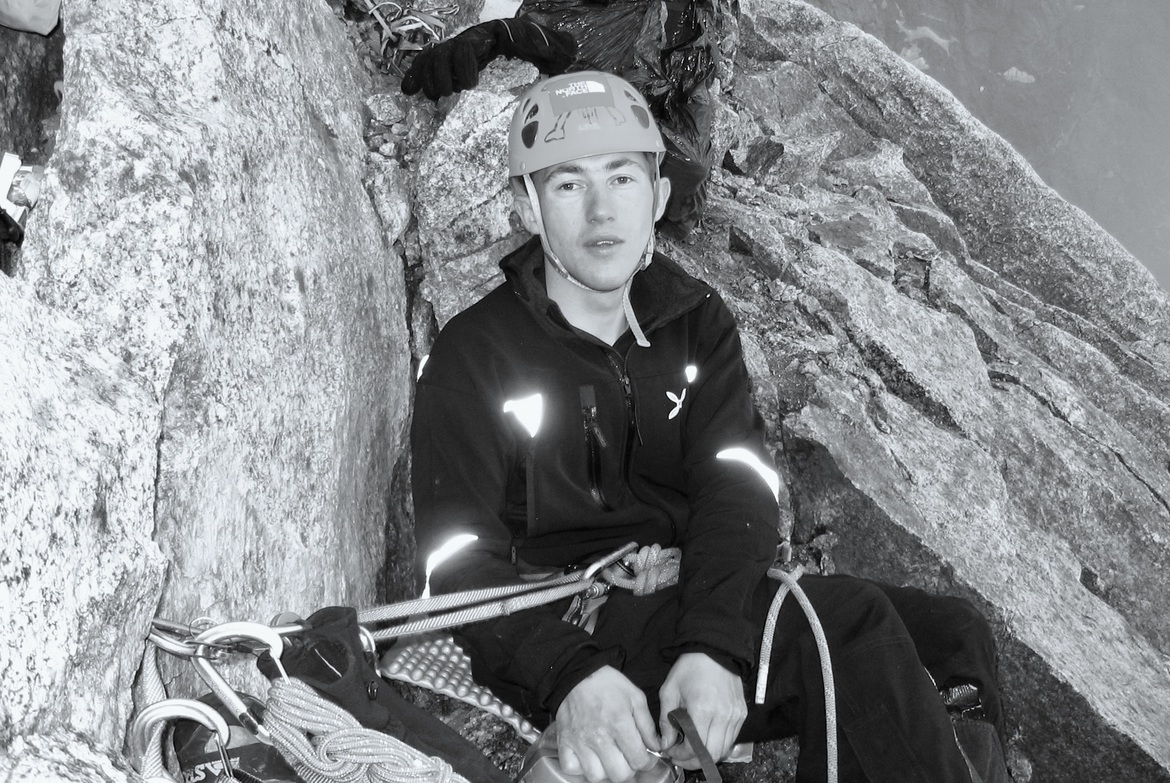 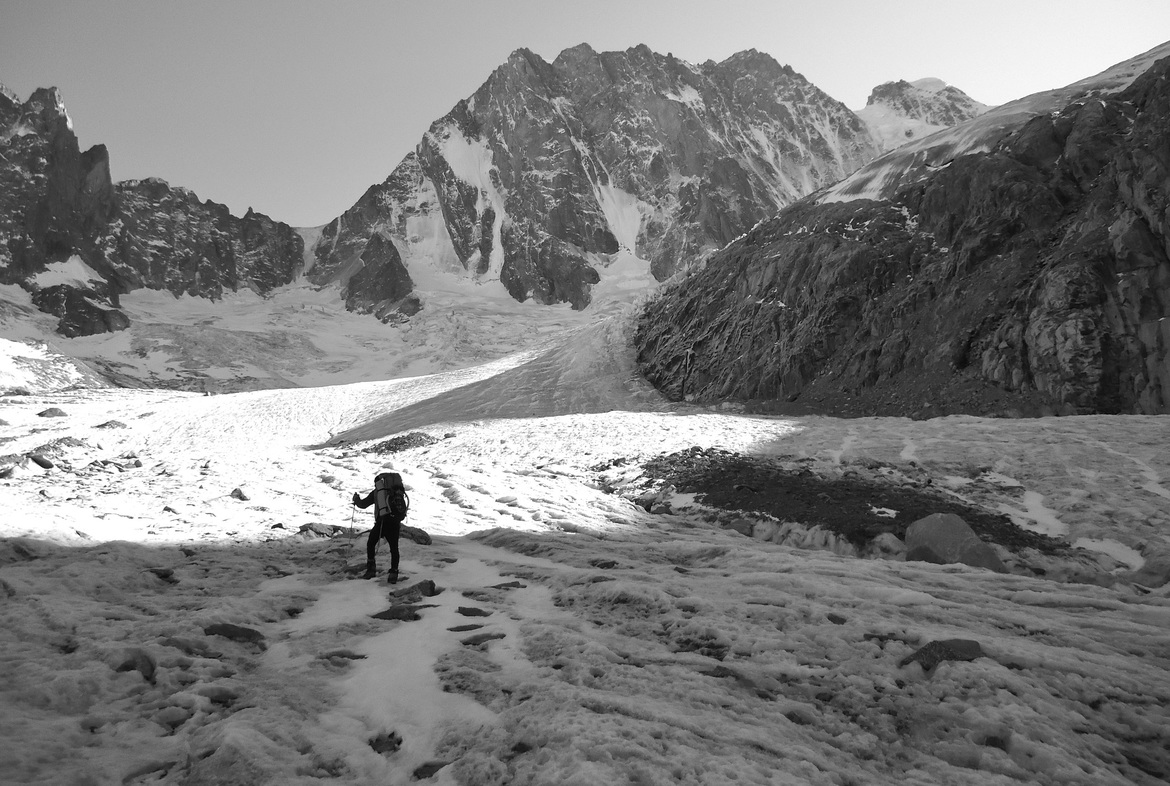 Corrado’s accident has brought out the best in our climbing family. The support we’ve received from the community has confirmed our belief in the partnerships we have with both our fellow climbers and our sponsors. This generosity is a direct reflection of Korra’s contribution to mountaineering- actual, direct action- often discreet or anonymous. These selfless contributions are proof of the quality of the relationships established when we share common passions, common goals, and reveal a marriage that endures the best and worst with equal strength and equal vigour.

Our list of thanks is surely incomplete. The first thanks must be extended to the courageous,    extraordinary efforts of the CAX (Argentinian mountain rescue) and the alpinists who helped them in a dangerous and complex situation: Matteo della Bordella, Roger Schaeli, Thomas Huber, Roberto Treu, Luka Lindic, Luka Krajnc

In the aftermath of the accident the focus turned toward helping Corrado’s daughter Leia, (www.leetchi.com/c/help-to-korras-pesce-daugther) and helping the amazing rescue opertaion in El Chalten (THE CAX).

Again, great thanks to all who have contributed equipment, funding, time, and resources toward the pursuit of some positive action - genuine aid and real friendship. 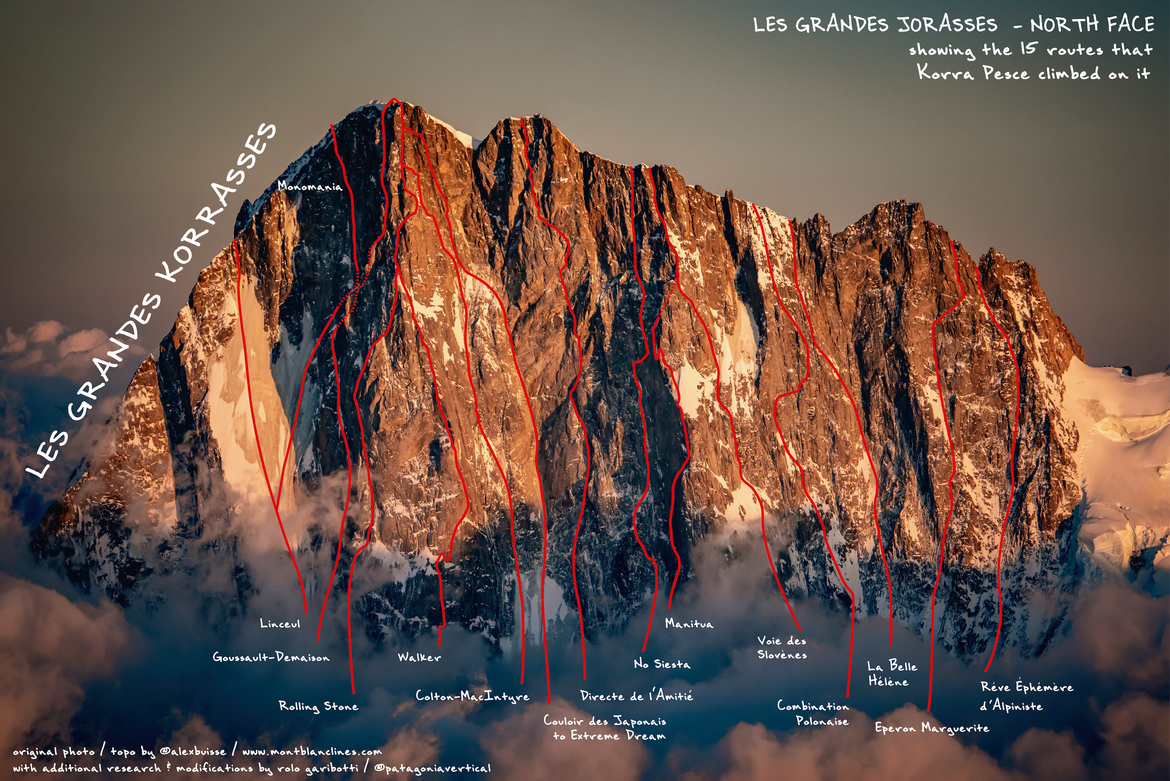 UIAGM / IFMGA qualified mountain guides with years of experience in guiding all around the world.

Our most popular courses